It was in Harvard that child prodegy mathematics student Theodore Kaczynski voluntarily underwent experiments conducted by psychologist Henry A. Murray, at the behest and paid for by the CIA <Harvard’s Experiment on the Unabomber, Class of ’62 | Psychology Today>. Many think these “experiments” warped Teds mind forever. It must be remembered Ted came from a working class family with no social status or connections. One of the “expendibles” to the members of the “Brahmin class”.

An associate of Ted from those years wrote in the New York Times that Ted’s ambition of getting away from it all to a cabin in the woods was a normal aspiration for disenfranchised children from lower and middle class. Children who had become disillusioned by the failed behavioural experiments of conservative America.

The last of Ted Kaczynski’s three murders was in 1995. Gilbert Brent Murray (1948-1995) – Find a Grave Memorial, the president of a forest industry lobbying group. Up to 2019, six forestry workers had been killed and others injured attempting to preserve the ancient forests of Romania. There are ongoing attempts to protect the forests, Romanians protest illegal logging, forest worker murders. As the video above shows, Harvard University had monetary investment in the Romanian forests of the Carpathian ranges. The Harvard forests were recently sold to IKEA and their ownership is in doubt after the dissolution of the Soviet Union. Such scenes were common in Russian “factory invasions” with workers holding out against armed thugs working for oligarchs and corrupt soviet officials.

It might be interesting to draw parallels between the killing of innocents or of people doing their jobs protecting natural resources. The victims in the Unabomber case were the innocent although it might be hard to quantify the loss of life and amenity due to their actions. Forestry strips bare the trees that mitigate climate change. The loss by the victims was overshadowed by the losses of the Airlines and their shareholders. As always, follow the money to see who has the shoutiest voices – especially in the media.

America had been sending troupes Suzanne Treister – Single works all over the world killing the innocent in the name of freedom. Who can forget nightly broadcast images of Cambodia and Vietnam, Beirut and Baghdad. It could be argued the Unabomber was beat up by the media to instill fear in the populace justifying further shift to the fright. The FourF fear response The Four Fear Responses: Fight, Flight, Freeze, & Fawn (verywellmind.com) is triggered to produce a more docile and conservative, xenopohbic and insular congregation. As always, follow the money. As Todd Sampson said on Gruen, there are more psychologists employed in advertising than health.

In 2009 I assembled the “Presumption of Regularity Vehicle” (see above), constructed from limbs fallen from trees along the Inner West Goods Line, later to become the GreenWay. Based on the original Benz horseless carriage that was about to enjoy its 125 year anniversary, The Past Is Present in This Fuel-Cell Mercedes | WIRED

These days I have turned my hand to remaking the fallen limbs of IKEA found in alleys and gutters around Erskineville into artworks celebrating nature, Timothy Morton notwithstanding https://vimeo.com/143234517. There is awe and wonder to be found in revelatory sciences of psychology, biology and ethology. The arts and sciences tie together the threads of knowledge, the frission of randomness, the passion and curiosity of exploration, to make something intelligible and meaningful that enhances quality of life.

We are all of us in the gutter, but some of us are looking at the cars. 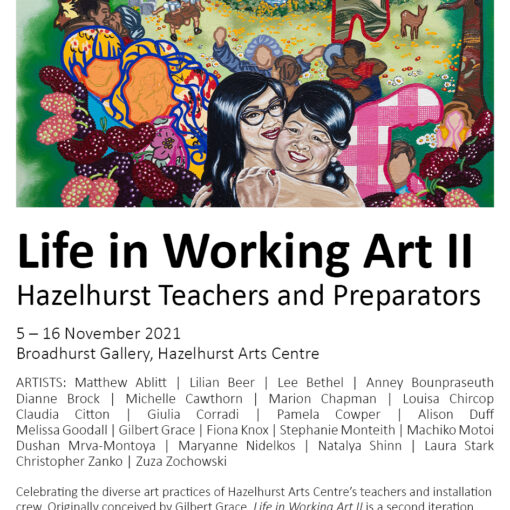 I recently participated in a group show in the Broadhurst Gallery of the Hazelhurst Art Centre, Gymea. The Artists involved are teachers […] 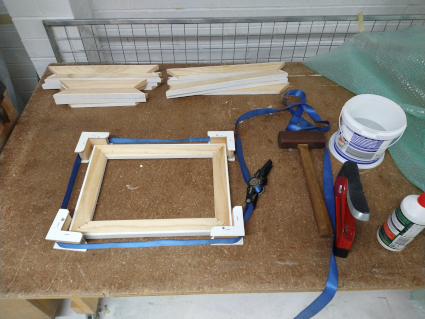 I have already assembled the strainers (fixed at the corners) and stretched the canvas. Not hemp as did not have appropriate sizes […] 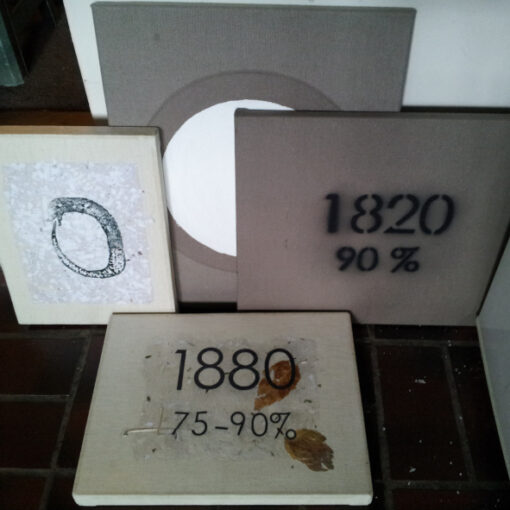 Painting conservation work showed that in 1820 90% of select European masters painted on hemp supports. The rag from hemp clothing and […] 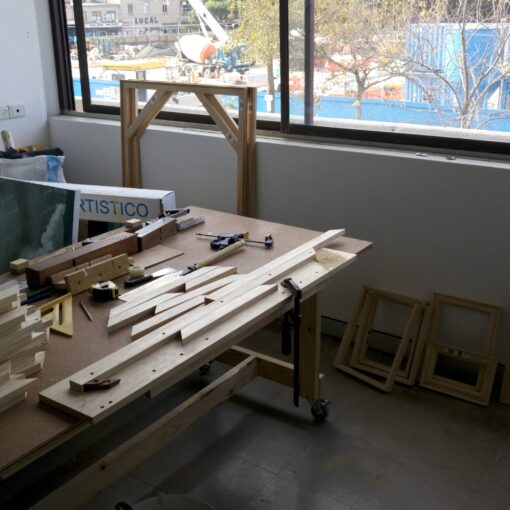 Wanting to share a little about my working process I took some video on my phone. Nothing flash, just me and what […]