The Sydney Green Ring is a side project born from my love of bicycle riding and investigating terrain vague, the marginal, interstitial spaces in the urban environment that often yield significant urban vistas. It has since evolved into a 37 km circuit linking the riparian margins of Sydney’s original water-courses with green space, arts and recreational precincts, educational, medical and employment precincts, local, regional and international transport hubs.

The Sydney Green Ring was discerned through a process of drifting (psychogeographic ‘derive’) by bicycle in search of scenic vistas to be photographed and worked-up in the studio. It was a conscious process linking contemporary, urban landscape with colonial representations, with reference to the European landscape tradition. It was a starting point for further investigations of space and place.

Green rings, green lattices and green belts are urban planning tools to create or retain  green space, habitat and valuable, stress reducing, car-free environments in the inner city and urban areas. The potential for green transportation and habitat corridors in Sydney, from Petra Crawshaw, ‘The Future of Greenways in Sydney’,

“Few of these embryonic greenways in Australia have had an holistic, multidisciplinary corridor and catchment-based approach and there has been a lack of strategic planning in provision of explicit ‘greenway’ projects. However, there have been some examples in Australia of greenway-type corridor projects where there has been an holistic approach, such as the Great Kai’mia Way and Green Ring in Sydney and the Merri Creek Trail in Melbourne.” [1]

The transition of management of Sydney Airport, from public to private, has proven to be a major impediment to the expansion of the Sydney Green Ring, the Botany Bay Trail and the Inner Sydney Regional Bicycle Network. There is no incentive to increase active transport or public transport access to the airport. Bicycles and active transport in general do not generate short-term, shareholder wealth. Over fifty percent of the wealth generated for shareholders of Sydney Airport is derived from parking. The excess charge for use of stations on the Airport Line could be cancelled but the present (Liberal) government uses it as windfall and a means of forcing travellers into fossil-fuelled, road based transport. International and national air traffic is exempt from greenhouse gas reporting and at the same time the pollution from air and vehicle traffic directly effects those residents living within the airport pollution footprint.

The land upon which Mascot airport is links to the Botany aquifer and wetlands The original course of the Cooks River running through the centre, the river was diverted for runway expansion. According to the Final 2009 SSROC Botany Bay Trail proposal, an active transport (human powered) corridor skirting the airport, connecting the mouth of the Cooks River and Muddy Creek at Kyeemagh to Tempe Reserve, the Mill Stream wetlands to the east of the airport, and Sir Joseph Banks Park at Botany.

Completing the active transport and habitat links around the airport would consolidate The Green Web, part of the original 1948 Cumberland Plan and a vital east-west link for Bayside, Georges River, Sutherland Shire, Canterbury-Bankstown, and Inner West cyclists to access employment and education centres in the Eastern suburbs. It would provide coherent access for the Bayside Council, and for cyclists from Botany to access southern and western suburbs. 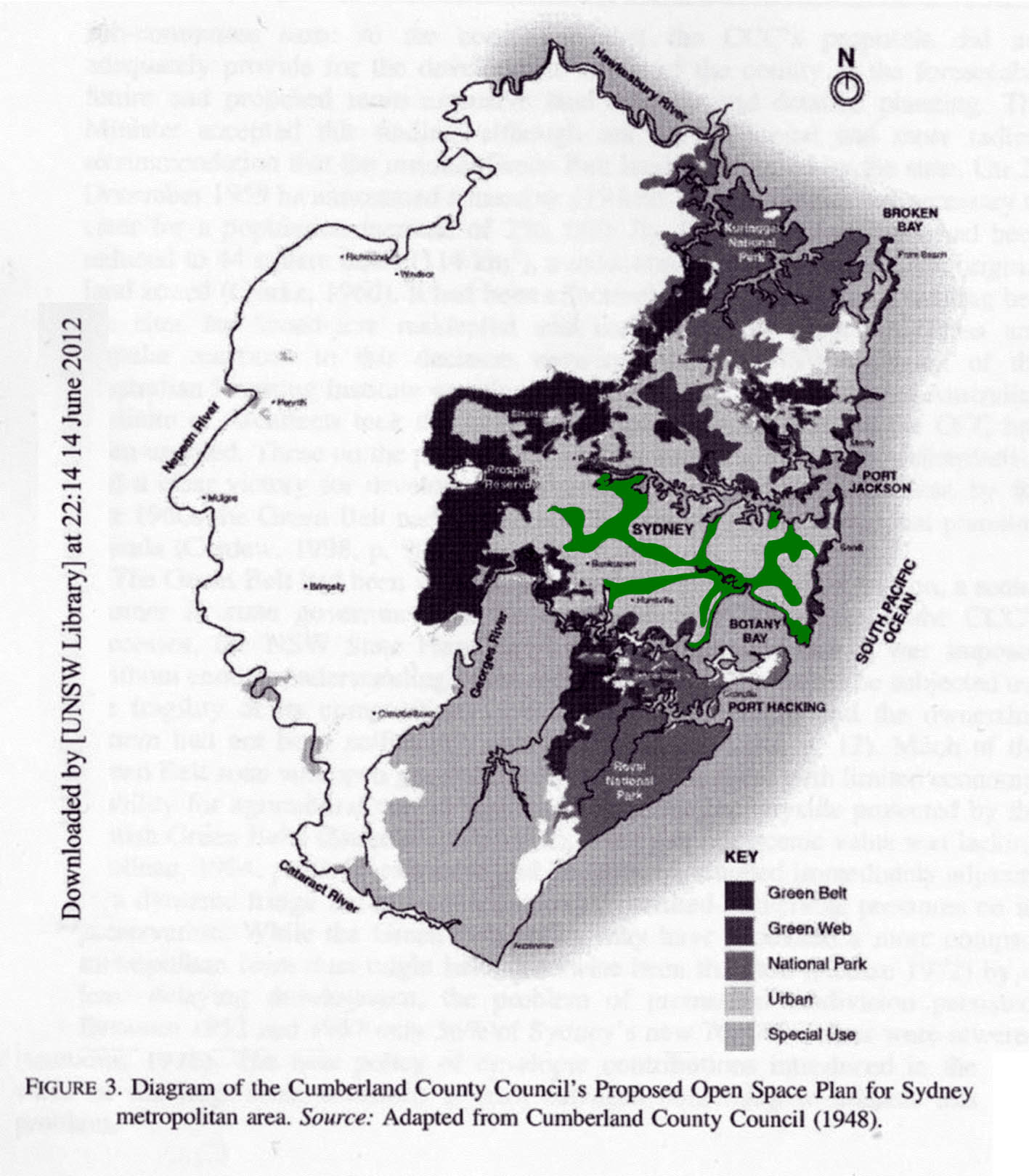